So here’s the deal: I think it would be best to go through the basic meme genres before we get into individual memes. This way when I say something about Rage Face, it won’t feel like I’m speaking Greek to those who are not familiar with the term.

Since that’s my topic today, I’ll start off by sharing the link to alltheragefaces.com. It illustrates and gives the name of each Rage Face, and you get to put your own caption on them! Think of all of the funny memes you could make, and… ya know… share them on my page or my blog or something…

I’ll start by showing you my favorite Rage Face.  Most of their uses are pretty self explanatory, but this one has a less obvious meaning.

How about this poor guy. He is called “Forever Alone” and as his name implies… he is forever alone. In most of his appearances, someone is shown that they are embarrassingly all by themselves. The Forever Alone meme has spread beyond just the face to include pictures which depict it in other ways. 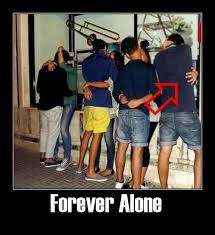 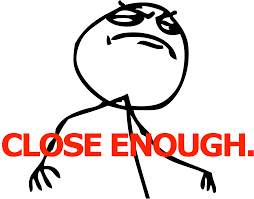 What I’ve Been Up To

From the Way Back